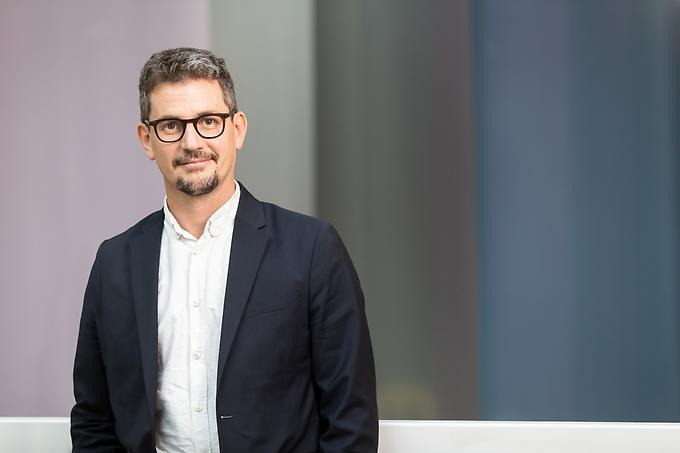 The Professor who came in to the cold

He wanted to provide new perspectives in the Swedish NATO debate, but was called naive and a traitor. It was an unpleasant experience at the time. Now, four years on, Professor Linus Hagström has used the experience in his research and published an autobiographical article about it. In addition, he has gained a richer research agenda.

Four years ago, Linus Hagström, a professor of political science, and a colleague at the Swedish Defence University threw themselves into the Swedish NATO debate. They found the Swedish debate to be too one-sided and uncritically supportive of NATO membership, and lacking in perspectives that they felt could be gleaned from research on international relations. No sooner said than done and they had an article published on the op-ed page of the daily Dagens Nyheter. As soon as the article came out, hype arose among editorial writers, defence debaters and researchers. The few who defended their position were often extremists on the right and the left and Russian media.

“We understood that we would encounter resistance, but not that it would be so strong. We surely expected that one or more would also show up who agreed with us and would welcome new perspectives. But it was absolutely silent among the legitimate forces that nonetheless agree with us that Sweden should remain outside NATO,” says Linus Hagström.

In his autobiographical article Becoming a Traitor, he reflects on why he acted, reacted and felt the way he did at the time. He describes the tone as harsh and unforgiving. A polarised and “Twitterified” debate. What hit the hardest was the accusation of naivety and of being on Putin’s leash or a “traitor.” It was not only anonymous online trolls who wrote these things, but also established debaters.

“--- I am lying in bed, scanning the Internet on my phone. I should have been able to fall asleep happily as my co-authored op-ed has just appeared online for the most prestigious page for political debate in Sweden. But my initial pride in having had the article published is already giving way to a growing sense of unease. --- the first few comments are critical and demeaning, and I start to worry that those who want Sweden to join NATO will not yield so easily. Lying there wide-awake in the light of early dawn I am haunted by two disturbing thoughts: Am I unqualified to take part in this debate? Do I sympathise with Russia? I know that the answer to both questions is no, but cannot help also feel: ‘well, maybe’.”

He describes the experience of being out in the cold, not just in the debate, but also in social contexts and not least at the workplace. Some colleagues at the Swedish Defence University wrote critical, but more objective responses to the debate article. Virtually nobody said anything directly to Linus Hagström, but he heard the rumours through the grapevine, including that colleagues at the Swedish Defence University were furious, felt that their views damage the entire university and wanted to have both of the researchers removed.

Both of the authors were relatively new at the Swedish Defence University but should have been able to anticipate that many colleagues would not agree with them. According to Hagström, the fact that they nonetheless wrote the article was perhaps because they unconsciously wanted to accentuate their role as free researchers at a university that has a close relationship with the Swedish Armed Forces. Without beating about the bush, he admits that it was a partially childish instinct. In the article, he returns to the feeling of not fully fitting in and being different from the majority.

”--- I did not pay much attention to the question of identity and difference until I was 13 years old, when my family moved to a house in a more affluent town further north of Stockholm, populated largely by private sector employees and owners of small businesses. From early on, I had the feeling that I was not going to be accepted here. Other kids made fun of my round glasses and red winter jacket and called me a communist. Verbal abuse was soon intertwined with mild physical bullying.---”

Relates to his own research

“As a researcher, I have long been interested in dominant narratives and how they arise, what discourses do with people and what it feels like to go against dominant discourses. I previously conducted research on discourses on treason in Japan and realised that I have now been involved in something similar myself. I really understood what it can feel like to be stigmatized as a traitor. Then, I thought that I wanted to write something autobiographical about it,” says Linus Hagström.

“--- We are indeed being accused of both naivety and treachery. I know these are not the same thing, but both allegations pull the rug from under my feet in similar ways. In the end, it does not really matter whether I am writing ludicrous things because I am colluding with the enemy or because I just happen to lack expertise. The little support we do get does not make things any easier, as it comes mostly from people and organisations I do not want in my corner. ---”

The fact that the article has not come out until now has its obvious reasons.

“It would have been difficult to write it at the time, in 2015. I was a little too insecure to do it and the worst of the storm had yet to blow over. Over the years, I have also gained a clearer position at the Swedish Defence University and that makes things easier,” says Linus Hagström.

In hindsight, he also sees that it has made him stronger, not just as a person, but also as a researcher.

“What I experienced has really enriched my research agenda and now I am grateful for it. I have broadened myself in empirical, theoretical and methodological terms.”

The event has not fundamentally deterred Linus Hagström from questioning dominant opinions – perhaps it is a part of his personality and an important facet of what it means to be a researcher. He wants to continue contributing to what he calls an academic climate with a high ceiling, where critical opinions and dialogue are encouraged.

Nor does he rule out that he will get involved in the NATO debate again, but more well-equipped this time.

Strong legal protection against communication influence in war The legal protection of civilians against threats, compulsions and other communication influence activities in armed conflicts is ...
Professor Jann Kleffner appointed Extraordinary Professor Jann Kleffner, Professor of International Law and Head of the Centre for International Operational Law, has been appointed Extraor...
Between Salafism and Salafi-Jihadism – Influence and Challenges for Swedish Society Researchers at the Swedish Defence University have published a report commissioned by The Swedish Civil Contingencies Agency (MSB)...