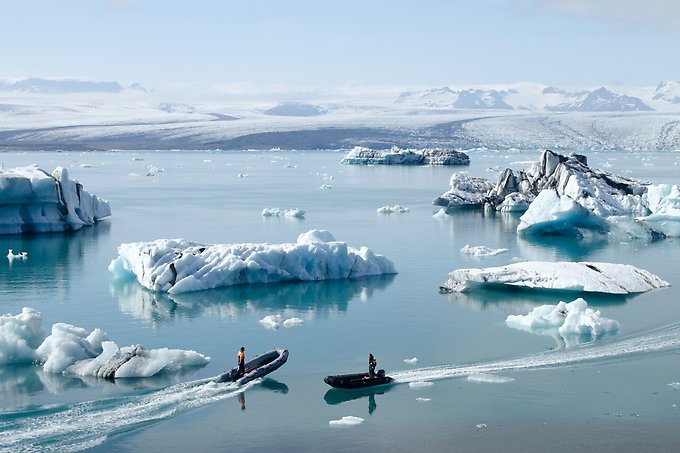 Tense situation in the Arctic calls for broader military cooperation

To prevent military incidents in the Arctic, the US and its partners should resume talks with Russia. That is one of the conclusions of a report from the U.S. Naval War College's Newport Arctic Studies Initiative 2020 project, in which two military faculty members from the Swedish Defence University participated

.- Maintaining peace in the Arctic region requires security stability. The Arctic forums that existed before Russia's annexation of Crimea in 2014 have paused or ceased to function. At the same time, military exercise activity in the region is increasing, increasing the risk of misunderstanding and miscalculation. The US and NATO countries are exercising in the Northeast Passage, challenging Russia, and Russian naval forces are deploying further west and southwest in the Northeast Atlantic, challenging the US. As the Arctic Ocean opens up to shipping and resource extraction, military activity and presence will increase further. This will also involve coast guards, icebreakers and survey vessels - which can be military, semi-military or civilian - solving civilian and military tasks, says Stefan Lundqvist, a naval architect and researcher at the Joint Operations Section at the Swedish Defence University.

Many factors behind increased instability

The report from the Newport Arctic Studies Initiative 2020 project group sheds light on the rapid deterioration of the security situation in the Arctic. The report points to several underlying factors:

- We also highlight the late awakening of the US to the potential and risks of Arctic economic and military development and the sharply increased US military presence in the Northeast Atlantic, Greenland and Iceland, and Norway. The Faroe Islands have also regained security interest. Greenland is in the "firing line" for programmed trajectories for nuclear ballistic missiles in the event of a conflict between Russia and the US. Unresolved boundaries in the area pose risks of friction and possible conflict between coastal states, says Stefan Lundqvist.

All Arctic states have adopted, or are in the process of adopting, new strategies for the region.

- These developments are also of great concern to Finland, Norway and Sweden. Since September 2020, the three countries have a new tri-lateral agreement to develop operational military cooperation in the Arctic region, says Stefan Lundqvist.

Lundqvist, together with Commander Andreas Forsman, Head of the Joint Warfare Division at the Swedish Defence University, were the Swedish representatives in the US Naval War College (USNWC) Newport Arctic Studies Initiative 2020. The project involved military and civilian experts and researchers from seven of the eight Arctic states. During 2020, the project team's researchers presented the latest findings, while the officers operating in the Arctic region shared their experiences. They all testify that the security situation in the Arctic is tense and risks worsening if no action is taken. These measures include opening up regular dialogue between all eight Arctic states, including Russia, which did not participate in the project.

- It is far from a given that the Americans, for example, will invite Russia to talks on security in the Arctic, but our conclusion is that this is a very important measure to prevent military incidents in the region," says Stefan Lundqvist.

The report makes a number of suggestions to political and military decision-makers:

The Hugo Raab Award 2021 to Mariam Bjarnesen and Linus Hagström Mariam Bjarnesen, Senior Lecturer in War Studies, and Linus Hagström, Professor of Political Science, have been selected as the 20...
Difficult start in professional life for new officers In a study published in the journal Armed Forces and Society, researchers at the Swedish Defence University investigate how newly ...
Focus on military strategies of great powers In the new book Military Strategy of Great Powers , researchers from the Swedish Defence University analyse the military strateg...