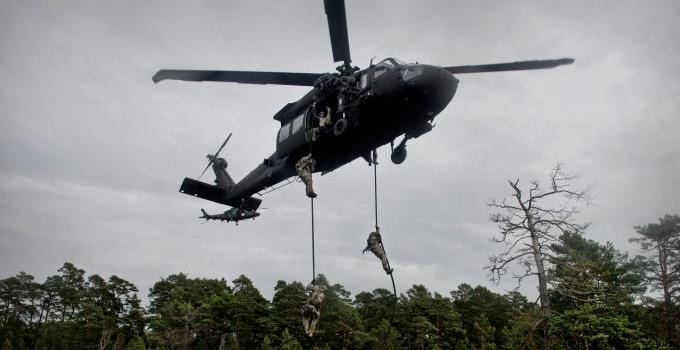 In February 2021, the Centre of Special Operations Research (CSOR) was established at the Swedish Defence University.

"The idea is that through the new centre we will be able to support the special forces quicker and more efficiently than before. It will also be easier to coordinate activities and develop our international networks and collaborations", says Ulrica Pettersson.

The Centre's Advisory Board consists of five members and is chaired by Alastair Finlan, Professor at the Swedish Defence University. Other members include Vice Admiral Jonas Haggren, Head of the Swedish Armed Forces Special Forces; Annika Nordgren Christensen, member of the Board of the Swedish Defence University and the Royal Academy of War Sciences; James Kiras, Professor at the School of Advanced Air and Space Studies in the USA; and Dr Byron Harper from NATO Special Operations Headquarters in Belgium.

”I appreciate people with perspective” She likes people, but is not one for idle socialising. She genuinely enjoys work, is strongly driven and highly results-focused. F...
The art of imagining the consequences of creeping crises The book Understanding the Creeping Crisis explores different forms of the creeping crisis phenomenon, with recent examples fro...
Finnish-Swedish wargaming replaced traditional exercises When the coronavirus pandemic put an end to the Combined Joint Staff Exercise (CJSE 2021), Försvarshögskolan, the Swedish Defence ...