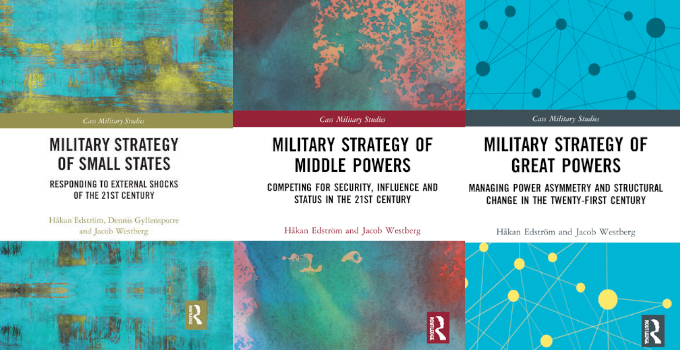 In the new book Military Strategy of Great Powers, researchers from the Swedish Defence University analyse the military strategies of the United States, China, Russia, the United Kingdom and France of the past 20 years. The book is the third and final part of a trilogy that compares the military strategies of different countries and points out differences and similarities between states.

"We started writing the first book because we felt that there was a lack of good English-language literature in the field. This brought our attention to the research field of comparative strategy and we realised that we needed a conceptual apparatus", explains Håkan Edström, Senior Lecturer and Associate Professor of Political Science, who wrote the book together with Jacob Westberg, Senior Lecturer and Associate Professor of War Studies. 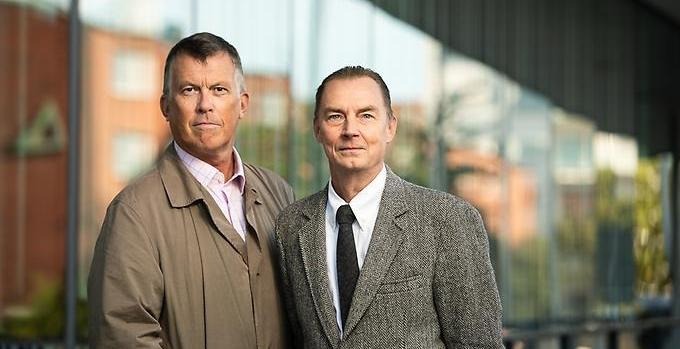 "It is mainly here that I think our dual contribution to the previous research lies. We compare strategies in a completely different way than has been done in the past, and can thus provide more detailed knowledge about similarities and differences between states", says Jacob Westberg.

The books are based on primary material, such as the official military strategies of different countries.

"We have then come to our own conclusions from the material and relate them to previous research", says Håkan Edström.

The third book - Military Strategy of Great Powers - focuses on the military strategies of great powers and studies the US, China, Russia, the UK and France of the past 20 years.

"The US is currently the only superpower, and we look at how the other great powers relate to US strategic development. Are they dependent on it, are they independent and making their own countermoves or are they even ahead in some respects? We're trying to document and display the great power dynamics or great power rivalry in this", says Håkan Edström.

"We live in exciting times. Much of what explains the differences between strategies in the third book is how one identifies oneself in relation to the current US-led liberal world order. France and Britain helped build this order, and they want to continue supporting it. Russia has a very averse attitude, having plummeted from being a superpower during the Cold War to being barely recognised as a major power today. Moreover, it does not base its success on democracy, the rule of law and a market economy. China is slightly more enigmatic. It has much to gain from free trade, but doesn't think it has much to gain from democracy", says Jacob Westberg.

He says it will be interesting to see how the differences in how people identify themselves in relation to the system lead to different strategies.

"France and the UK are not balancing powers against the US, but we are seeing Russia tending to challenge the US in different ways. China is also challenging the US more and more."

In addition to the recently completed trilogy, the duo has published two articles in the journal Comparative Strategy that link to the first two books, and a third article is accepted for publication in 2022. The manuscript for a fourth book - Military Strategy of the New European Allies - has just been submitted, and work on another book with a more theoretical approach is underway.

"Much of the literature in this area has an American focus. We want to provide a different perspective and also contribute to the research field of comparative strategy", says Jacob Westberg.

The Hugo Raab Award 2021 to Mariam Bjarnesen and Linus Hagström Mariam Bjarnesen, Senior Lecturer in War Studies, and Linus Hagström, Professor of Political Science, have been selected as the 20...
Difficult start in professional life for new officers In a study published in the journal Armed Forces and Society, researchers at the Swedish Defence University investigate how newly ...
Japanese women's views on safety examined in new study In a recent study published in the Social Science Japan Journal , researchers from the Swedish Defence University investigate ho...