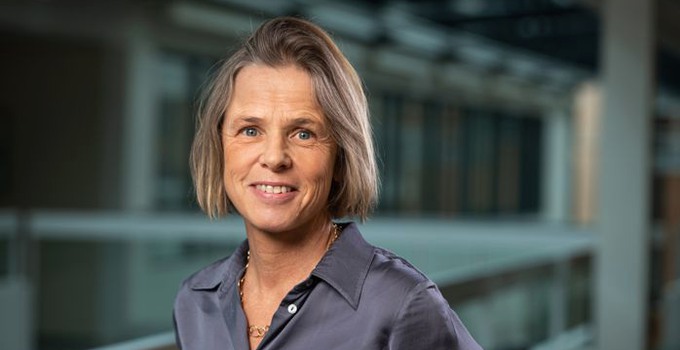 Charlotte Wagnsson works at the Department of Political Science and Law at the Swedish Defence University. She receives the Hugo Raab Award for four scientific articles that study hostile narratives about Sweden and the Nordic countries on Russian state-controlled online platforms that target other countries, and how the average Swedish citizens perceive the messages in the information influence:

Reasons for the award:

Charlotte Wagnsson receives the Hugo Raab Award for her studies of hostile narratives about Sweden and the Nordic countries in the Russian media and how the average Swedish citizens are affected by these information campaigns. Wagnsson makes a significant scholarly contribution by providing both an analytical tool and extensive empirical results in the study of an important contemporary phenomenon. Her research is clearly positioned in the literature, characterized by solid research design, qualified methodological discussions, and highlights important aspects of our society's resilience to influence from foreign states and state-sponsored media via digital platforms and other communication channels. The analyses are well-written and significant, and are of high relevance for anyone with an interest in the impact of Russian information campaigns on the Nordics and its populations' exposure and susceptibility to hostile and polarizing narratives.

"I am very greatful to being recognised here at the Swedish Defence University for the research quality. This is something I have worked hard and intensively on over the past few years, and it is great that the research is in the spotlight and is seen", says Charlotte Wagnsson.

She stresses that two of the articles were authored in collaboration with fellow researchers at the Swedish Defence University.

"The first article is a collaboration with Costan Barzanje, who contributes with an important piece of the puzzle and an intelligent analysis of the Russian narratives. In the second article on Russian information influence, Edward Deverell plays a leading role and Eva-Karin Gardell also contributes with valuable input. In addition, I would like to mention the skilled staff of the public opinion research institute Novus, who assisted with the quantitative parts of the latter articles."

Early research on the effects of information influences

In the articles, she studies how the different Nordic countries are portrayed on the state-run Russian online platforms, Swedes' perceptions of information influence and who is affected by the narratives. She has also developed an analysis tool that can be used to study the content of the Russian narratives.

"The analysis tool is already being used by researchers internationally. I am also studying the effects of information influences at an early stage, compared to international research, in that I am beginning to understand what happens when we are exposed to information influences. This is an important issue because both nation-states and individuals are at risk of being unduly influenced. I am continuing to work on new studies and papers in close collaboration with psychology researchers at the University of Amsterdam."

The Hugo Raab prize was established to recognise research of particularly high quality.

"During 2022, our researchers have been approached by the media and asked to comment and help the wider public understand events both in Ukraine and in the rest of Europe. Charlotte Wagnsson is one of the researchers who were featured in the media, and it is very encouraging that she was awarded the Hugo Raab Award for her significant scientific contribution. It shows that there does not need to be a conflict between contributing to the dissemination of knowledge to a wider public and making significant scientific contributions", she continues.

The Hugo Raab Award is an annual award presented to a researcher, teacher or student at the Swedish Defence University who has produced one or more scientific works of outstanding quality during the past three years. The prize money is SEK 25 000.

The articles were written within the framework of the research project Influence operations: Vulnerabilities and effects, which ran from 2019 to 2022 and was funded by the Swedish Civil Contingencies Agency (MSB) and the Swedish Agency for Psychological Defence (2022).

More on Charlotte Wagnsson: “Information is the core of security policy”

"Brussels and Washington should aim for a long-term sustainable transatlantic consensus" In a recently published article in the academic journal European Foreign Affairs Review , Kjell Engelbrekt, Professor of Politic...
Feminism in a time of militarization In mid-September, Cynthia Enloe, Professor at Clark University, in Massachusetts, USA, visited the Swedish Defence University wher...
New study analyzes the human factor in wartime targeting process By analysing how the ’targeting process’ - selecting, prioritising and taking action on military targets - worked for the coalitio...