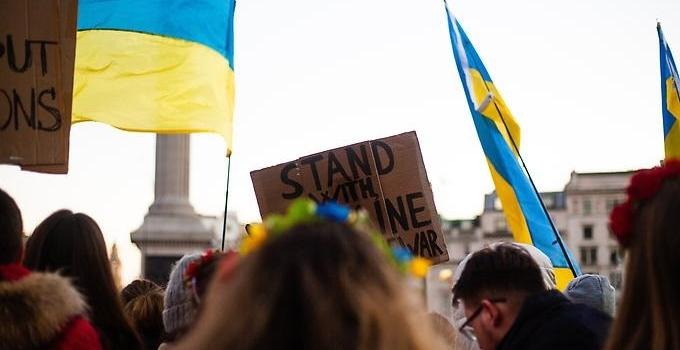 Perspective: This is why the Russian invasion of Ukraine is unlawful

It may be tempting to see Russia's invasion of Ukraine as evidence that international law has become irrelevant or, in the worst case, has completely collapsed. Researchers at the Swedish Defence University suggest the opposite.

In situations of extreme violence and antagonism, the role of international law cannot be more important, as it establishes the only universally – also by Russia - accepted regulatory framework. It is international law that gives us the opportunity to understand and evaluate the narrative presented by Ukraine and a large majority of the international community on the one hand, and by Russia on the other. Although their argumentation cannot be more different, these narratives still have something in common. They revolve around some of the most fundamental principles of international law: the sovereign equality of states, territorial integrity, the right to self-determination, peaceful settlement of disputes, the prohibition of the use of force and that even armed conflicts are regulated, first and foremost by the law of armed conflict.

Ukraine is and remains a sovereign state

Under international law, Ukraine is and remains a sovereign, independent state. After its independence in 1991, Ukraine retained the seat in the UN that its predecessor had held since 1945, and was admitted as a member of several international organizations. In addition, there are several agreements, including with Russia, which followed the independence, and which confirm that Russia also regarded Ukraine as a sovereign state. Perhaps most significantly in this respect is the Budapest Memorandum on Security Assurances, concluded in 1994 between Belarus, Kazakhstan and Ukraine, Russia, the US and the UK, which regulated the abandoning of the nuclear arsenal of Belarus, Kazakhstan and Ukraine to Russia in return for the pledge to respect Belarusian, Kazakh and Ukrainian independence and sovereignty in the existing borders.

Indeed, Putin's speech on February 21 was ripe with references to Ukraine as a sovereign state after the collapse of the Soviet Union. At the same time, he clearly expressed his discontent with that development and its consequences, in words that sometimes seem to suggest that he denies Ukrainian sovereignty and statehood, or at least questions the legitimacy of Ukraine and its government, referring to the latter as a corrupt, russophobic neo-Nazi-regime and a Western puppet, that is engaged in genocide against its own Russian-speaking citizens or Russian citizens on its territory.

International law provides no basis for any such suggestion that any of the claims made would lead to a loss of statehood and a consequential loss of the rights as a state that international law provides to Ukraine. Nor does the legitimacy (or otherwise) of a government impact on statehood: even if any or all of Russia’s claims against the Ukrainian government were withstanding rigorous scrutiny on the facts (a matter that is, to put it mildly, at least highly doubtful), it would not turn Ukraine into less of a state than if they were not. Consequently, much as after the occupation and subsequent illegal annexation of Crimea and after having lost control over part of its territory in the Donbass, Ukraine remains an independent, sovereign state, with all ensuing (legal) consequences, including its right to territorial integrity, non-intervention, to use force in self-defence and to freely choose membership in international organizations and security arrangements.

In combination with the thinly disguised attempt to undermine Ukraine’s claim to statehood and sovereignty, Putin’s international law narrative in preparation of the invasion of Ukraine also builds on statehood and sovereignty in another crucial respect. The recognition of the Luhansk and Donetsk Peoples Republics, followed by the signing and ratification of treaties of Friendship, Cooperation and Mutual Assistance with both of them, is an attempt at elevating these two entities to statehood, with the purported consequence that they would be endowed with a claim to sovereignty, territorial integrity, and requests for assistance (including military).

Prohibition of the use of force

International law prohibits the use of force except in two cases: if the Security Council authorizes it (which it has not in the case of Ukraine) or if a state acts in the exercise of its right to self-defence against an armed attack.

In his address of 24 February, Putin has made reference to the right to act in self-defence as embodied in the UN Charter in an apparent attempt to construe a legal basis for the invasion of Ukraine. The position was reiterated in Russia’s notification of the Security Council the same day. However, Russia has not been the victim of an armed attack by Ukraine. Any perceived threat from Ukraine, NATO or ‘The West’ that features prominently in his address remain at such a level of generality that even an extremely broad application of the doctrine of anticipatory self-defence could not provide a justification for the use of force. Quite simply, there has not been an armed attack against Russia, nor was such an attack imminent. International law does not provide for a broader concept of pre-emptive or preventive self-defence. Rather, it is Ukraine that has a legal claim to use force in self-defence against the armed attack that Russia has launched, a right that it may choose to exercise individually or collectively together with other states.

The additional basis for the use of force that seems to be offered by Russia, namely that the bilateral ‘treaties’ of assistance between the secessionist entities of the Luhansk and Donetsk Peoples Republics provide a basis for an intervention by invitation, fails, due to a lack of statehood of these entities, as explained above. That lack of statehood entails that the two entities cannot conclude such treaties, nor do they have a right to ‘invite’ a foreign state.

Lastly, any assertion that a use of force is justified because Russian-speaking inhabitants (or Ukrainian nationals that were turned into Russian nationals as a consequence of what has been referred to as the passportization in the Donbass) need to be protected against a purported genocide must also fail. It does so on the facts: nothing indicates that there is such genocide in its international law meaning as certain acts such as killing or mistreatment, that are committed with the specific intent to destroy in whole or in part a national, ethnical, racial or religious group, as such. It also fails on the law: even if such acts were to occur, international law does not provide a legal basis for the use of force in form of a humanitarian intervention. It may be worthwhile to recall that some of the aforementioned purported legal bases, especially an extremely broad notion of preventive self-defence, and humanitarian intervention, are reminiscent of the claims made by Western states in the cases of Kosovo, Iraq and Syria; claims that are referenced by Putin in his addresses as violations of international law. However, international law – much as any other legal system – does not operate on the basis of ‘Two wrongs make a right’.

The law of armed conflict applies and must be respected

The hostilities in Ukraine do not take place in a legal vacuum, but are regulated, first and foremost by the law of international armed conflict (international humanitarian law), as the law specifically designed to balance humanitarian concerns with the exigencies of military necessity. The law of armed conflict provides for a number of principles that both Russia and Ukraine have to respect, including: the principle of distinction between lawful targets and civilians and civilian objects; the principle of proportionality which prohibits excessive incidental harm to civilians and civilian objects; the protection of those who do not or no longer participate in hostilities, including the wounded and sick as well as prisoners of war and others who are detained for reasons of the armed conflict; the obligation to take feasible precautions with a view to spare civilians and civilian objects as far as possible; and the prohibition of and restrictions on certain means and methods of warfare.

These principles apply equally to both Russia and Ukraine, regardless of the fact that it is Russia that is using force against Ukraine in violation of the UN Charter. In addition to the obligations of the two parties to the armed conflict, all states, including Sweden, also have an affirmative duty to exert their influence to ensure respect for the law of armed conflict.

Breaches of the aforementioned fundamental rules that have occurred or will occur entail responsibility under international law of both states and individuals. Although it may be tempting to turn to cynicism and dismiss international law as irrelevant in light of the blatant disregard for it that we are witnessing: the mills of international justice may grind slowly, but they do grind.

Therese Almbladh, Bachelor of Laws/Bachelor of Political Science, Department of Systems Science for Defence and Security

The law continues to fascinate him